Following on from the previous post of the Großdeutschland at Verkhopenye, here are their opponents for the Rapid Fire! Verkhopenye scenario; the 200th Soviet Tank Brigade with attached elements. As mentioned previously, when I play tested this scenario there were many burning Soviet tanks by the end of the game. I put it down to bad dice rolls, rather than bad leadership. Next time I will be luckier! The vehicles and figures are a mix of Command Decision and Flames of War, plus resin planes from Armaments in Miniature 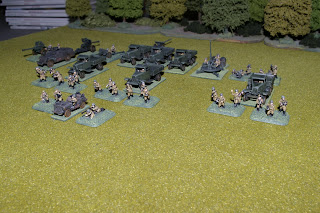 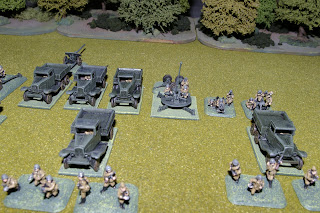 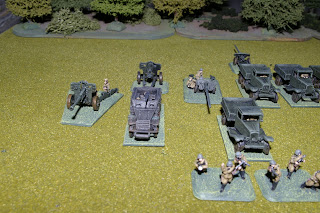 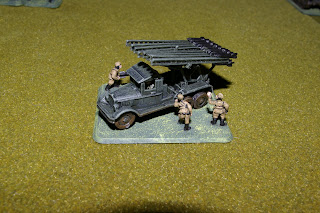 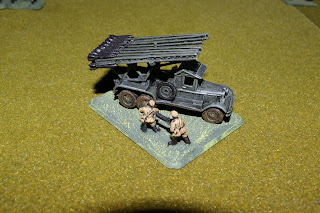 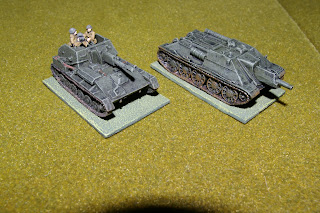 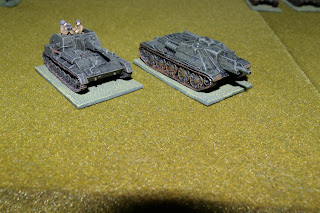 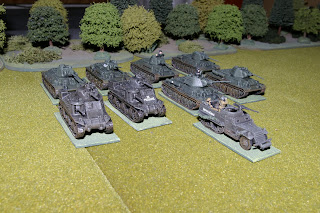 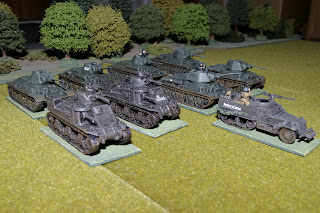 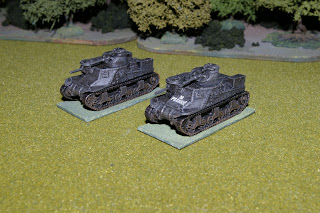 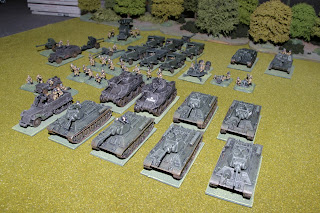 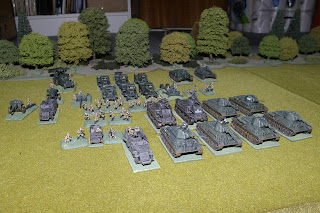 Air support comes from a lend-lease P39 Airacobra (on a Wings of Glory Gotha base...): 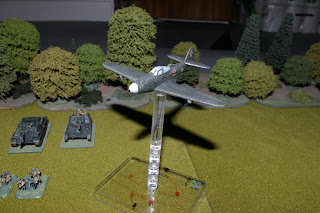 This should have been added to the previous post, a Henschel Hs-129 with 30mm A/T gun mounted underneath. (The flight stand is from Armaments in Miniature): 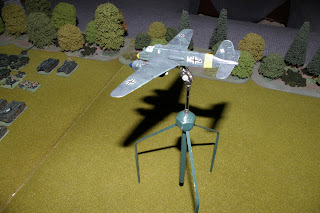 All those Soviet Tanks lined up like it's May Day make a  very tempting target... 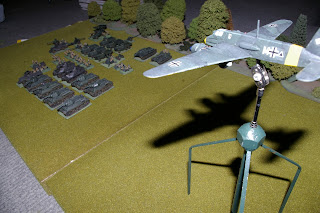