In this post I will showcase my British Square Bashing army. This army was built up using a Peter Pig 'Black Box' army with some editions and the figures are based with 1st Edition Square Bashing in mind, therefore the bases have four figures rather than three as stated by the 2nd Edition rules. Personally I prefer this anyway as it makes the base look packed. All the figures are by Peter Pig, the Mark IV tanks and 18lber field guns are from Peter Pig also. The Whippets, 4.5" Howitzers and 60Lber field guns are all by Quick Reaction Force. 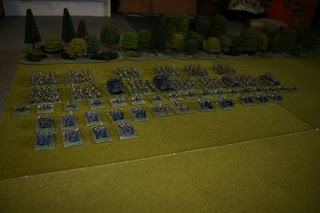 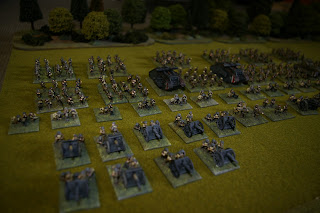 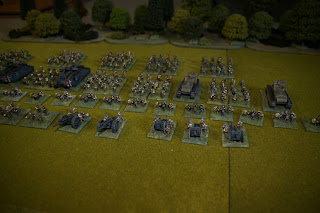 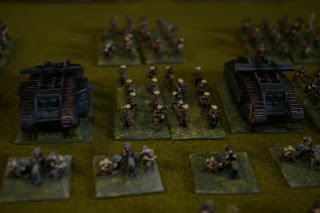 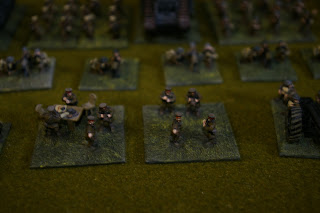 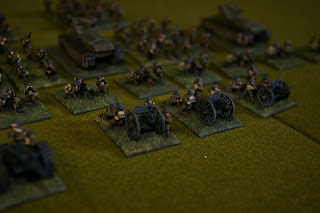 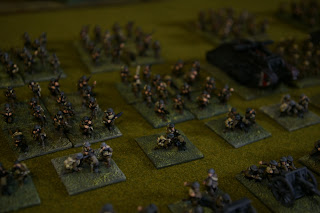 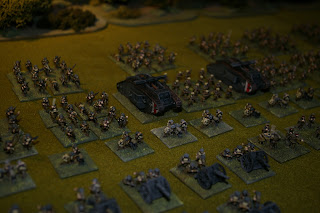 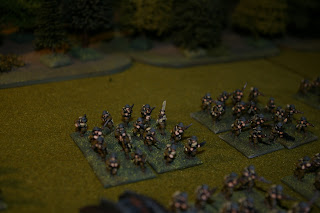 Here part of the army advances under a German bombardment: 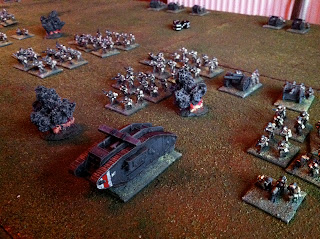 It was quite a task to get this army painted up as it consists of a LOT of infantry, but it is pretty much a finished force. The army is missing some mortars and I want a mix of 3" Stokes mortars and toffee apples, but that is something for the future...
Labels: 15mm Artillery British Peter Pig QRF Square Bashing Tanks WW1