Continuing with the First World War theme from the last post, I am going to show some of my tanks and artillery that I game with in Square Bashing. First of all here is a Peter Pig Mark IV tank. It's the Male version in German colours to show that it is a captured tank. The Germans would prominently mark their captured tanks in an effort to avoid any friendly fire... 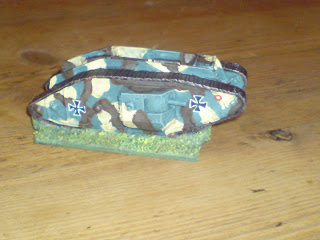 Also for the Germans I have a model of the only German tank of World War One, the A7V. Only twenty of these types were actually delivered to the German army before the end of the war, so I bought just one to replicate the small number that were used. This was bought from QRF and is a resin and metal kit, here in a state of undress: 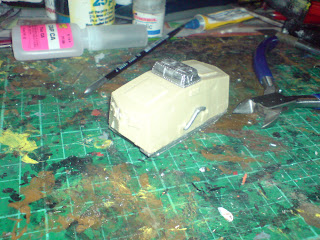 I had to add a cocktail stick for the front 57mm gun as this seemed to be missing from my kit, but the bulky little thing painted up quite nicely: 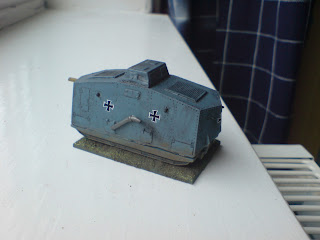 Here are two British Whippets, 'fast' tanks armed with machine guns again by QRF, something to take the Germans on with! 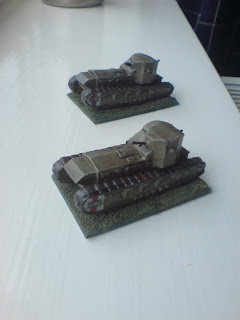 When I began collecting for my World War One armies I simply bought a late war British and German 'Black Box' from Peter Pig. They have all you need for starting out, and are great value fior what you get but I did find that I had to add to them to bulk up the armies for decent sized games. I added more field artillery to the British army in the form of 18lbers, as you can see here: 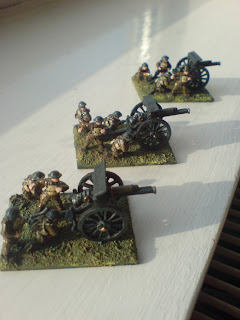 These 60lbers came from QRF and are crewed by Peter Pig figures. They make a nice addition to just having 18lbers even if they don't affect the rules at all. 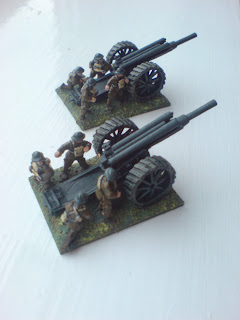 This is some of my German artillery force, it includes field guns, Stormtrooper field guns and trench mortars all from Peter Pig. 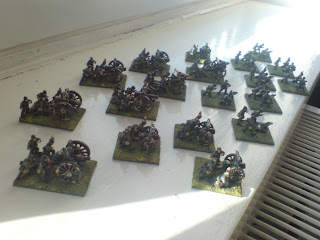 I will try to photograph and post all my World War One stuff soon, but until then here are two Germans and a donkey in gas masks. 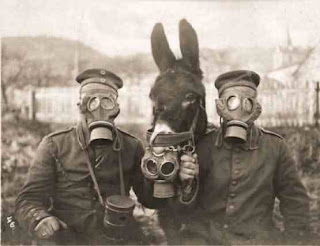